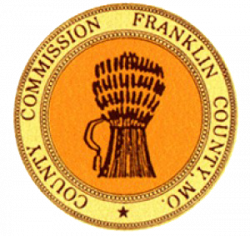 Franklin County is a county located in the U.S. state of Missouri. As of the 2010 census, the population was 101,492. Its county seat is Union. The county was organized in 1818 and is named after Founding Father Benjamin Franklin.

Franklin County is part of the St. Louis, MO-IL Metropolitan Statistical Area and contains many of the city's exurbs. It is located along the south side of the Missouri River.

The county has wineries that are included in the Hermann AVA (American Viticultural Area) and is part of the region known as the Missouri Rhineland, which extends on both sides of the Missouri River.

Residential Framer
Franklin County Washington, MO, USA
Are you a residential framer who can complete all aspects of wood framing on homes, apartments, and senior living facilities? If so, this is the career for you. This position is a high-paying position in Washington, Missouri. Responsibilities include installation of floor joists, subfloor decking, construction of walls, installation of trusses, installation of roof plywood, installation of house wrap, windows, doors. You must be able to lift 50 pounds.  You will use hand tools and pneumatic tools such as nail guns and staple guns and operate various types of saws.  You must be able to work from heights typically up to 30 feet with proper safety equipment. If this sounds like you, then don't hesitate. Apply today! This job is listed by an employer with high job satisfaction ratings and excellent pay and benefits.

Email me jobs from Franklin County