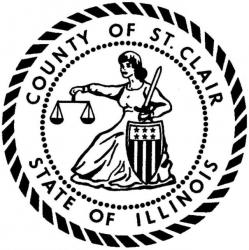 St. Clair County is the oldest county in the U.S. state of Illinois; its western border is formed by the Mississippi River.

According to the 2010 census, it had a population of 270,056, making it the eighth-most populous county in Illinois and the most populous in the southern portion of the state.